Simone Giertz is known for making some unique and interesting devices. Her original fame came from making “useless” robots but in this 14-minute video, she constructs a photo booth that would allow her dog to take her own picture.

Though originally she was known for her funny projects like this one or this one, Giertz has graduated to tackling more elaborate builds, like turning her Tesla into a truck (this was well before the Cybertruck became a thing). Her ideas usually spring from something small and simple, but grow into far more complicated finished projects as her imagination runs wild.

In this particular build, Giertz originally tried to train her dog to use her cell phone to photograph herself, but her paws were too large and imprecise to work properly. So rather than rely on a touch screen, Giertz decides to make a physical button which she believed would work better.

Using a series of connected modules, the goal was to create an experience for her dog that would start with pressing a physical button, activate a camera, and dispense treats so that she would learn and repeat the process.

The vast majority of the photo booth and the parts are constructed out of Lego, as well. The camera she chooses to use here is a GoPro, likely due to its small size and wide angle of view.

The end result works, and would theoretically allow a dog who knows that the pedal dispenses treats to activate a camera without any human interaction. It is a successful dog selfie camera! 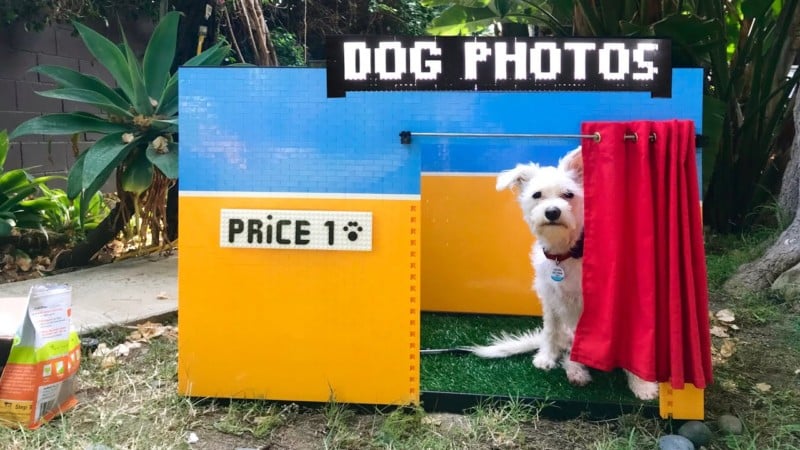 You can see more of Simone Giertz’s projects on her YouTube channel.

Shooting a Milky Way Moonrise from an Airplane Seat

We have the tech to make wildfires less severe. Deploying it is the hard part

iPad Pro 12.9 Down To Lowest-Ever Price For Prime Day

The Haunting of Bly Manor review: A gothic horror story with plenty of heart